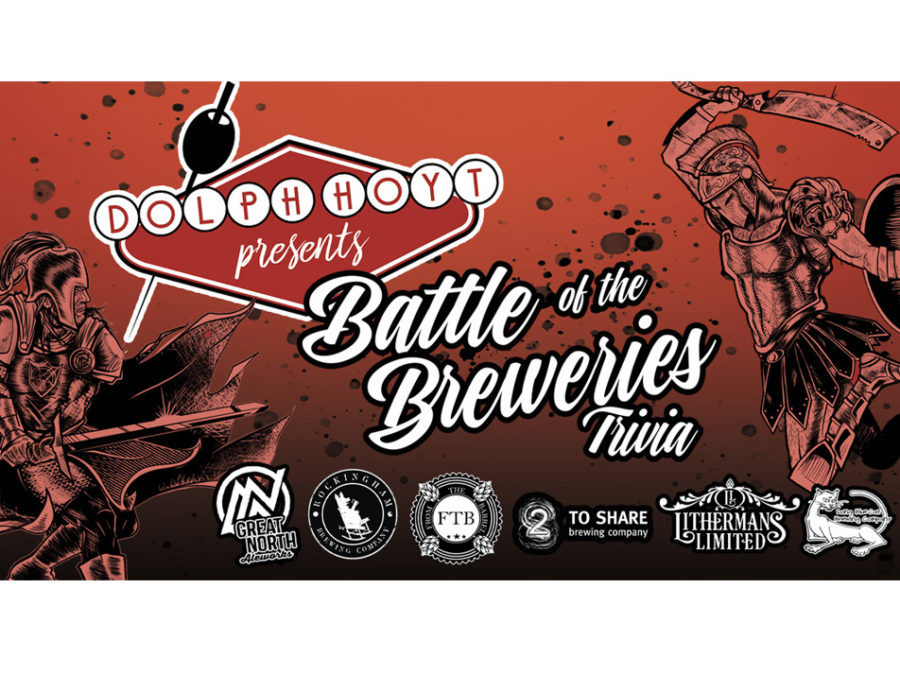 Battle of the Breweries Trivia

April 15, 2021 7:00 pm - 8:30 pm
Tickets: Free
Dolph Hoyt Presents Battle of the Breweries Trivia, Round 2! This month’s version is happening during New Hampshire Craft Beer Week & we have more breweries joining the fun!
This month we have From the Barrel, Great North, Lithermans, Long Blue Cat, Rockingham, and To Share battling it out.
Trivia can be played virtually from home, or in person from any of the six participating breweries. Dolph Hoyt will live stream from Great North, and all of the other breweries will be broadcasting the live stream.
Each participating team will play for individually (there will be prizes for top scoring teams). In addition, when your team joins the game, you will pick one of the six brewery teams to play for. At the end of the game, the brewery with the highest average score from their teams will win bragging rights & a trophy!
Link for the youtube live stream:
https://youtu.be/s3Jg1oY3hcg
Link for the trivia game:
crowd.live (the code to the game will be provided in the live stream)
If playing virtually from home, you will want two devices: one to play the live stream and one to play the game.
If playing live from one of the six breweries, please check in with them to see if they require a reservation.
Let the battle begin!