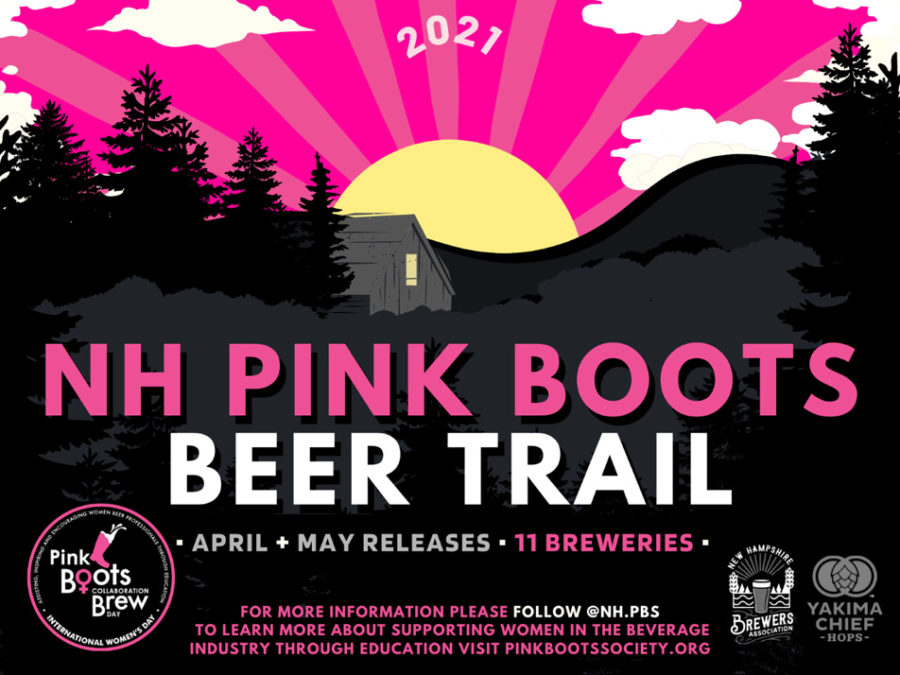 While the women of the Pink Boots Society New Hampshire Chapter weren’t able to hold a collaborative brew this year, many breweries were still able to hold their own individual brew days.

Eleven of those NH breweries have come together to host the first NH Pink Boots Beer Trail. Each brewery is releasing their own beer, highlighting the hop blend released by Yakima Chief Hops, with a portion of the proceeds being donated to the Pink Boots Society.

Breweries participating in the Trail are:
– Able Ebenezer in Merrimack
– Backyard, Great North, and To Share in Manchester
– Concord Craft and Lithermans Limited in Concord
– Dam Brewhouse in Campton
– Great Rhythm in Portsmouth
– Northwoods in Northwood
– Throwback in North Hampton
– One Love in Lincoln

Pick up a trail card at any of the participating breweries. The trail will be ongoing throughout April and May with Grand Prize drawings in June for those who complete the trail.
Note: Due to the varied release schedule (most are in the April timeframe), if you are completing the trail, and miss the Pink Boots beer at a particular brewery, you will still be able to get your trail passport stamped if you visit the brewery.
Thank you for supporting women in brewing!