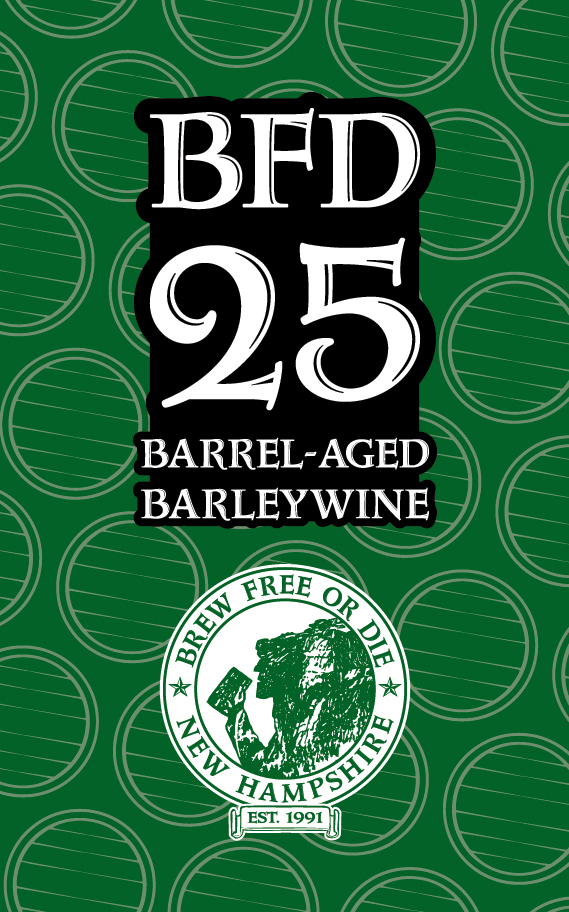 Founded in January 1991, Brew Free or Die (BFD) is New Hampshire’s first and longest running homebrew club. BFD25 is a barleywine-style ale that celebrates the club’s 25th Anniversary. In collaboration with BFD members, this beer was brewed with 25 different ingredients and had an original gravity of 25˚ plato.

BFD25 was brewed on Sunday, May 8, 2016, one day after National Homebrew Day. Believe it or not, in 1988, May 7 was announced before Congress as National Homebrew Day! Members of Brew Free or Die assembled at our brewery and brought with them some of the favorite ingredients to contribute to the beer:

After primary fermentation, the beer was aged in bourbon barrels for eight months.

Availability
BFD 25 was a limited release in February 2017 throughout New Hampshire in: