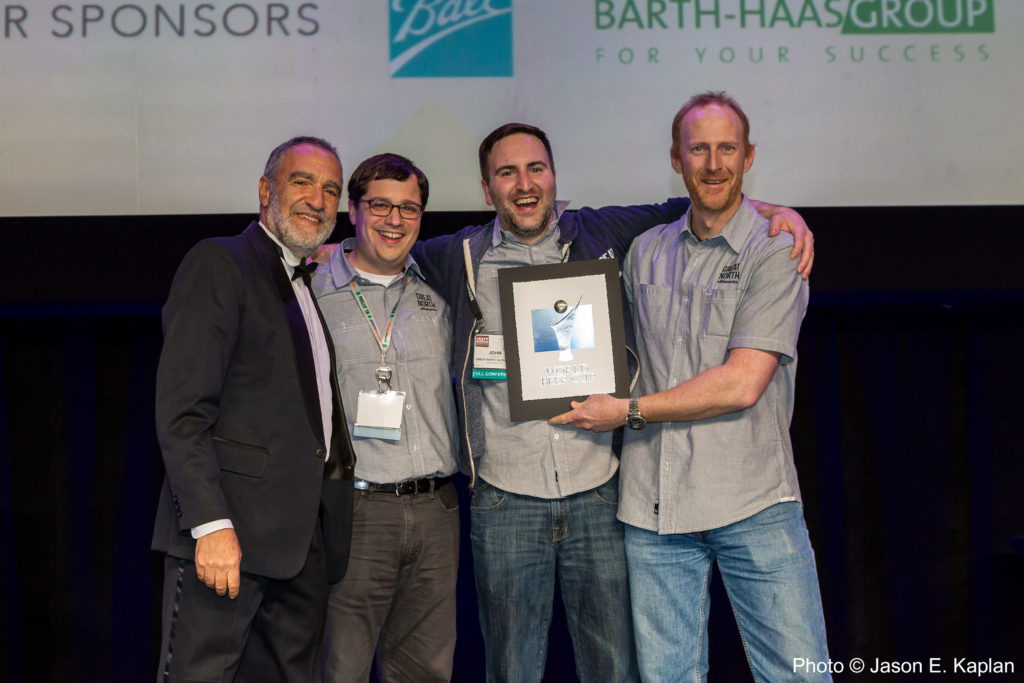 Manchester, NH • May 12, 2016—Great North Aleworks claimed a silver award in the 2016 World Beer Cup, a global beer competition that evaluates beers from around the world and recognizes the most outstanding brewers and their beers.

Gold, silver and bronze awards in the competition’s 96 beer-style categories were presented May 6, 2016 during the World Beer Cup award ceremony at the Pennsylvania Convention Center in Philadelphia, Pennsylvania.

Great North Aleworks was awarded a silver award in the American-Style India Pale Ale category for its IPA, a balanced yet complex beer that is bright and juicy. There were 275 entries in the American-Style India Pale Ale category, the largest category in the entire competition. Great North Aleworks is a 20-barrel production brewery located in Manchester, NH, USA that specializes in flavorful, food friendly beers, with a fanatical devotion to quality.

World Beer Cup winners were selected by an international panel of 253 beer judges from 31 countries. Regarded as the “Olympics of Beer Competition,” the World Beer Cup saw an impressive field of 6,596 entries from 1,907 breweries in 55 countries.

Presented by the Brewers Association, the World Beer Cup has been held every other year since 1996, to celebrate the art and science of brewing by recognizing outstanding achievement. For more additional information, visit the World Beer Cup website.

Great North’s beers are available in cans and kegs throughout New Hampshire thanks to a distribution partnership with Amoskeag Beverages. Year round offerings include: IPA (India Pale Ale), RVP (Robust Vanilla Porter), and Smokin’ (Smoked Ale/Rauchbier). Seasonal beers include: Tie Dyed (Summer Ale), Cranberry Wit and Chocolate Milk Stout. Other special releases and collaborations are available throughout the year. 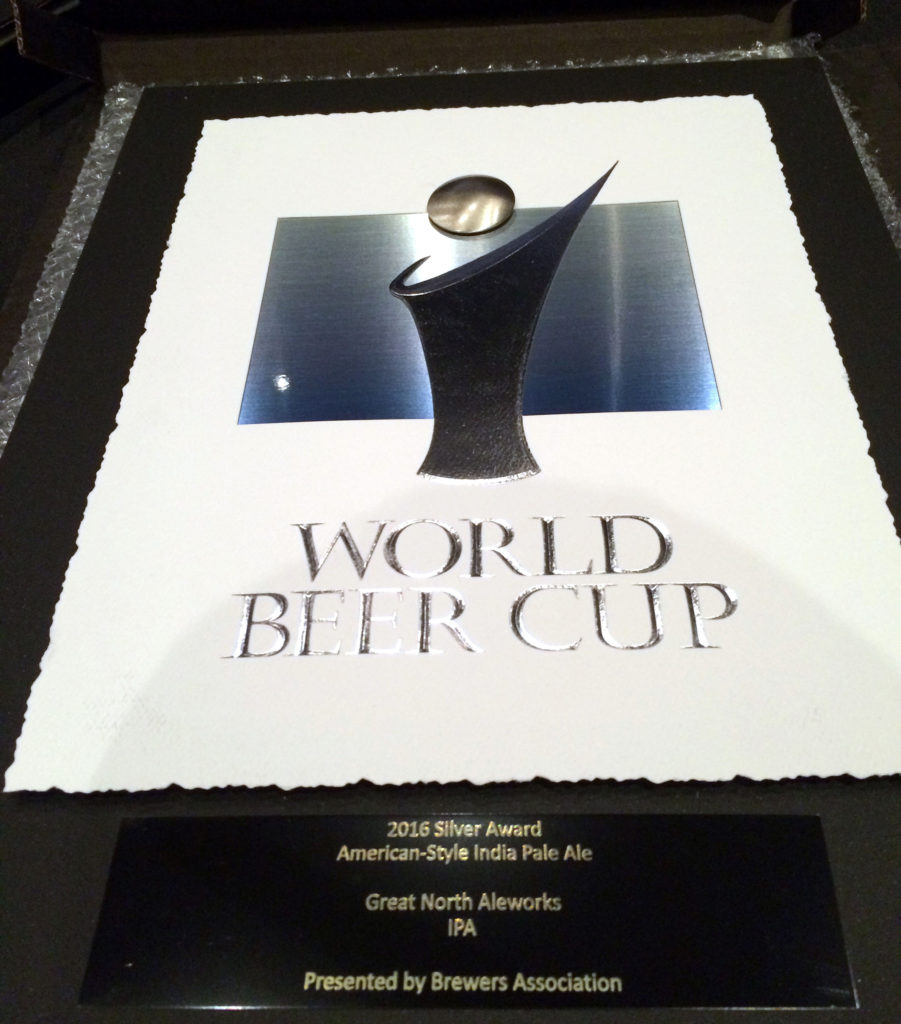